A powerful herb for both woman and men – although it can be seen primarily for it’s use in women hormonal regulation. It has a ‘normalising’ action for both sexes.

Reduces pain, eases discomfort and regulates hormones. Herbalists have used this herb for nervous conditions, such as anxiety, with concomitant muscle pain.

It’s primary use is for stimulating labour and regulating contractions & as a tonic for menopause.

Theorised that it may act through:
1) serotonergic pathways
2) as a SERM (see above) or
3) as an antioxidant
4) on inflammatory pathways

Oestrogen-dependent tumours such as breast cancer.

Not to be used in pregnancy – except as a partus prep (in last month).

# May cause CYP3A4 inhibition although one 2006 study found no effect on this – Still,  Check interaction with CYP3A4 substrate drugs #

BEWARE WITH LIVER — check enzymes. Avoid combining with any medication that could be hepatotoxic 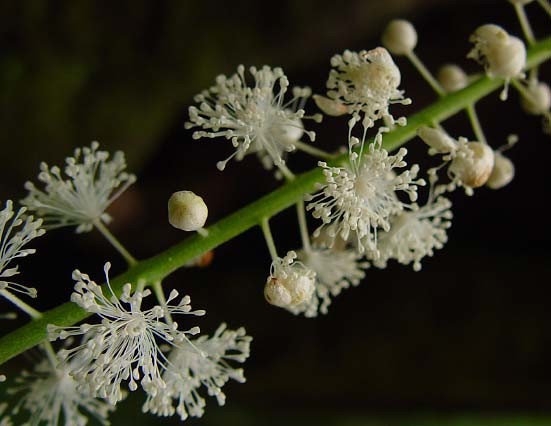 When combined with St. John’s Wort, there may be increase in efficiency (based on 2 RCTs, as reviewed in EFFICACY OF BLACK COHOSH-CONTAINING PREPARATIONS ON MENOPAUSAL SYMPTOMS: A META-ANALYSIS (2010). Taghreed S. et al.).

Find a Herb, Action or Indication